There are many Traffic Signs in Pakistan designed and Placed to make roads a better & Safer place for the general public & drivers.

This article is all about Traffic Signs in Pakistan. There are different kinds of road signs.

There are many different kinds of Traffic Signs in Pakistan for a wide range of situations. They can be put into three groups. Regulation signs So that everyone on the road is safe, they insist that drivers obey the signs.

Regulatory Signs are the various signs used to signal or emphasize the traffic law .They state rules or other requirements that You must observe throughout the day or at specific times or at particular locations on a highway or street .

If not followed,It could be considered a violation, or the generality of signs that govern the conduct of people in areas that are accessible for public access.

These warning signs are there for the safety of the person driving. They also tell drivers to pay attention to these rules.

Warning sign boards let people on a highway, street, or road know about unexpected or dangerous conditions ahead.
Situations such as a curve, detour, sideroad, etc., might require them to slow down or take some other action for their safety and the safety of others on the road.

These signs tell drivers about the facilities in front of them, as well as the exact route and distance needed to get to certain places.

We are equipped with state-of-the-art manufacturing and design machines that comply with International standards. This allows us to deliver the highest quality products and complete customer satisfaction.

There are also special kinds of traffic signs, like those that say “work zone.” They are also available and easy to get. They are meant to let drivers know when there is construction along the road. They are only there for a short time.

When the construction is done, they are taken down and the road is put back to normal. In the next few paragraphs, we’ll talk more about the first two signs.

Regulatory signs are also called “mandatory” signs because drivers have to pay attention to them.

In that case, the person controlling the driver can take legal action against the person driving. The goal of these signs is to keep people safe on the road.

Most of the time, the signs have black letters on a white background. They are round and have red edges.

The number of speed signs can be used to limit how fast a car can go when it’s on the road. They can be standard speed limit signs, truck speed signs, minimum speed signs, and so on.

There are many reasons why speed limits limit how fast you can drive.

There are several signs in the series that affect how a vehicle moves.

This group includes a wide range of signs, such as the “KEEP OF MEDIAN” sign that says a road is closed, signs that say you can’t use a vehicle to transport hazardous materials, or cargo signposts that say how much you can weigh.

Signs of caution or warning tell drivers about the road conditions that are likely to happen. They tell drivers that they should follow the rules. These signs are meant to protect drivers.

They require drivers to be more careful. The usual color scheme for this sign is for the legends to be black and the background to be white. The shape is an upturned triangle or diamond with a red border.

Signs with directions, sometimes called guides, are put up to help drivers get where they need to go. They are mostly made for drivers who aren’t familiar with the area.

People who are familiar with the area don’t need the guides.

Some examples of these signs are destination signs, route markers, mileposts and service information, and signs for recreation and cultural areas.

They are used to put numbers on the paths. They are made with designs that make them stand out. They are written in black letters on yellow backgrounds. The signs for destinations are meant to show people how to get to important places and to point out important intersections.

For example, we can put distances in kilometers on the right side of the location. Most of the time, they are rectangular, with the longest side running horizontally.

White letters on a green background show the color codes.

Mile markers are used to let the driver know how far he or she is from their destination. Service guides tell drivers about services like gas, food, medical help, and so on.

National Highway signs are usually blue and gives information. They are made to give information. Murree, for example, is 20 kilometers away.

Signs for construction are informational signs that are usually yellow and say things like “Construction Work in Progress.” The purpose is to slow down and be careful.

Warning signs are the kinds of signs that tell you about dangerous things like explosives. So, you should stay away and be aware.

Service guide signs tell the driver about many services, such as gas stations, restaurants, medical help, and more.

The words are written in white on a blue background. Information about recreation, history, and other aspects of culture is written in brown and white letters.

Traffic Signs – Why are they Important?

Drivers treat road signs as if they are not that important. But without them, bad things could happen, like an increased chance of accidents and injuries and more confusion on the road.

Even though it might seem obvious why traffic rules and signs are important, there are many reasons why they are important for all road users, not just drivers.

They cut down on injuries and accidents. The most important thing about signs and traffic laws is that they keep drivers safe. There are many obstacles and dangers on the roads that could hurt drivers and put them in danger.

Safety and Traffic Signals Pakistan help to lower this risk and make accidents less likely. Things like speed limit signs, stop signs, and “Give Way” signs help keep people from getting into accidents by controlling how and how fast traffic moves.

For more details you can read Eastern Highway Blog on Traffic Accidents -1000 Precious Lives that Should be Saved Daily.

They have rules that are always the same. A set of rules that are clear and consistent will make sure that everyone on the road knows them and can follow them.

There will be less confusion on the roads if everyone follows the same rules. If the rules changed all the time, it would be hard for drivers to know what’s right.

Consistent rules can’t guarantee that everyone will follow them, but they can help keep order and security in general.

Even though GPS isn’t the only way to find your way, you’d have a hard time finding it without things like street signs and directions.

They let drivers know about problems that aren’t obvious

Even though it’s important to be aware of everything on the road ahead, obstacles can sometimes be hidden from view or in blind spots.

If there are no signs, drivers won’t know about problems until it’s too late. This is why warning signs are so important.

They could be temporary signs that tell drivers about detours, construction zones, obstacles, or changes in the road ahead.

They control the flow of traffic. Traffic flow is important for more than just safety and efficiency. Traffic jams are a problem in many cities, and signs and rules can help deal with them.

Traffic signs help people get where they need to go and can keep accidents from happening in busy areas. They could be warning signs, signs for roundabouts, or signals for making a U-turn.

They’re essential for new drivers. For people who drive a lot, it can feel like second nature. But if you are new to driving or just don’t know much about it, you need to learn how to recognize each traffic law and sign.

Most drivers have regular routes they take, so they probably won’t think much about the road signs they see often.

Drivers who don’t have much experience won’t know these routes and will have to rely heavily on the road and traffic signs they see along the way.

They keep cyclists and people walking safe. Not everyone on the road is a driver. Pedestrians and cyclists, for example, depend on traffic laws and safety signs.

Pedestrian crossings let people know where they can cross the street safely and let users know to watch out for pedestrians.

Drivers and cyclists need the same traffic rules and signs, which is why they are so important for everyone’s safety.There are many different types of safety signs on the roads, and they should all be easy to see and follow.

Traffic Signs in Pakistan are a way to keep drivers in line or give them information. So, they’ll have to be there as either a warning or a piece of information.For more Details about Traffic Signals and Signs you can visit Blogs of Eastern Highway. 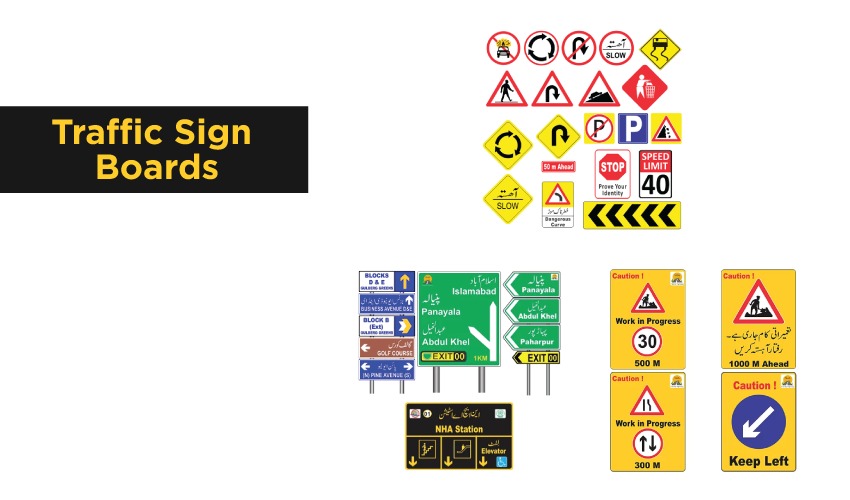 Have you seen Traffic sign Boards while traveling? Do you understand what these Road signs mean? Traffic Sign Boards are universal signs located near the… 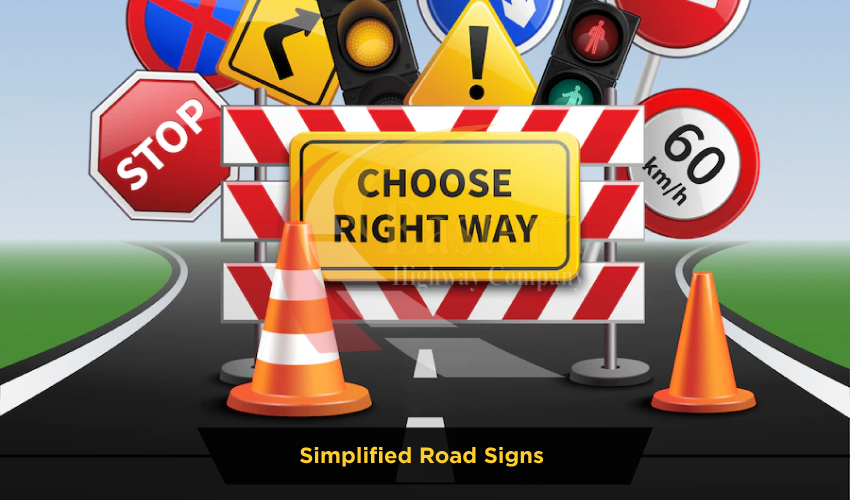 Before explaining to you why road signs are important, let me ask you a very simple question. Have you ever witnessed any accidents in your…